Designing an exhaust piping system in a seismic zone can get complicated. The extreme change in temperature of the exhaust piping very often requires the introduction of an expansion joint to keep the pipe stress at an acceptable level as the pipe grows, and the seismic restraints have the opposing task of keeping the pipe from moving excessively during an earthquake. Of course, if the pipe is suspended from an occupied space, the job is complicated further with the introduction of vibration isolators. We were recently contacted by an engineering friend who was looking for help with one such system

The engineer’s initial design is shown in the layout drawing below. It included steel bellows expansion joints and solid anchors on 12″ diameter piping. The anchors were needed to resist the 4000# force required to compress the bellows as the pipe expanded. Guides were not included initially, but would have had to be added to maintain alignment. Since the pipe was suspended the anchors and guides would require large welded steel assemblies attached to the underside of the structure. And unfortunately these anchor and guide assemblies would have short circuited the vibration isolation hangers. 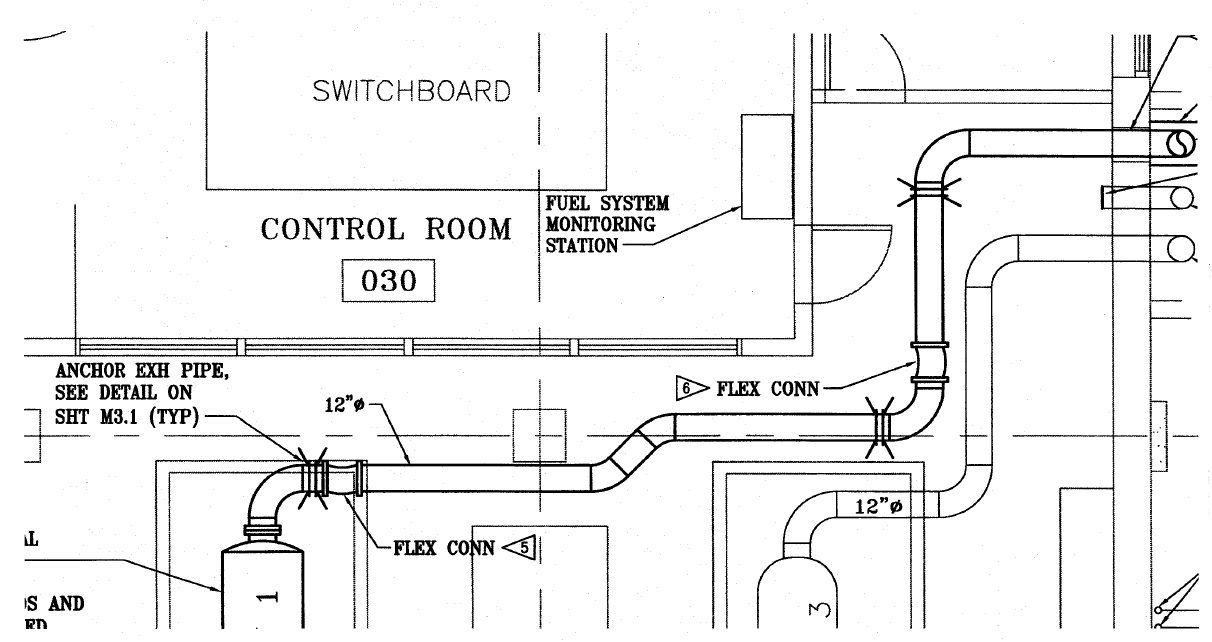 We proposed an alternate design using a DLFL 12″ x 69-1/2″ Braided Stainless Steel Elbow Assembly as shown in the submittal information below.

The DLFL Braided Stainless Steel Elbow Assembly could be installed at the 90 degree turn in the piping system as shown in the drawing below.

The forces are so small that our SCB/SCBH seismic cable restraints easily doubled as anchors and guides, eliminating the need for large welded steel assemblies. This was a huge cost saving in both materials and labor. And the very small forces have the added benefit of not short circuiting our type HD vibration isolation supports. 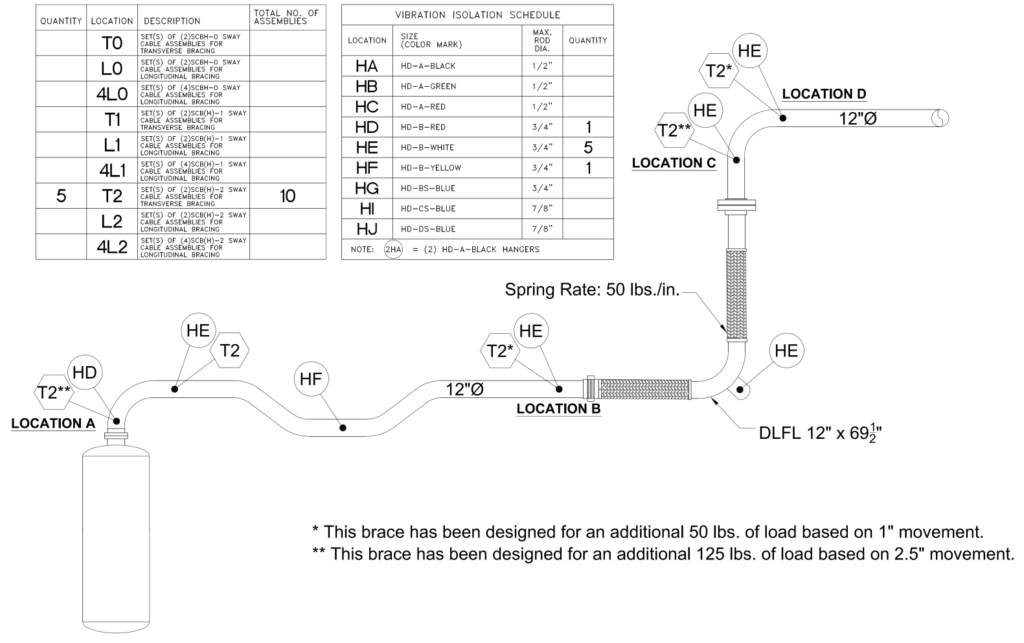 The system was installed and is operating as planned. There are no noise complaints from the tenants when the generators are operating.

Please call us with your piping expansion seismic design challenges. We are a one stop shop for piping expansion, seismic restraint, and vibration isolation design. We look forward to working with you.

Large Mountings
May 12, 2020
Recent Posts
Have a Question?
Go to Top